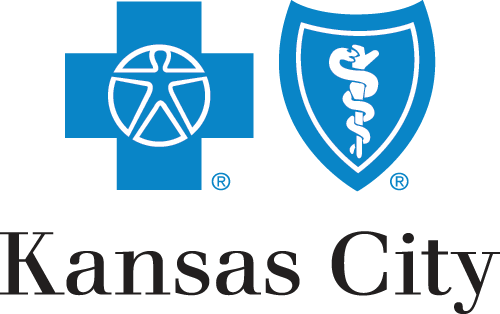 Sit back and relax. Your Belle Technician is on the way. 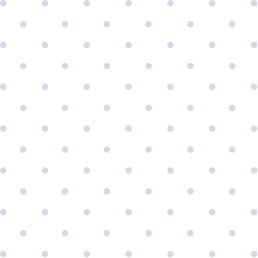 Our gentle scrub brush exfoliates and refreshes your skin.

Your tech thoroughly cleans your feet, calves and toes.

Choose a color and complete your appointment with an optional nail polish.

98%+ love their service and reschedule on the spot.

To continue to protect the health and mobility of our members, we have strengthened our hygiene protocols. Here are just a few precautions:

Gloves and masks at every appointment

Health for the
Whole Person

Foot health is the foundation of a healthy, happy life. That’s why your ability to move freely and live joyfully matters most to us.

Unlike nail salons that only address cosmetic concerns, our one-of-a-kind service provides clinically approved foot care you can love and trust. Our staff works with your doctor and care team to keep you healthy—one relaxing appointment at a time.

Comfortable in Your Own Skin

You’ll love the way your feet look after just one appointment. It's not just about health. It's about looking and feeling your best.

Your Belle Technician will provide personalized care during each hour-long session in the comfort of your own home. No waiting, no hassle.

Your tech will come to you, create a personalized care plan and get started right away.

Sit back and relax

In just an hour, you’ll be on your way to healthier, better looking feet and a care plan that brings you joy. 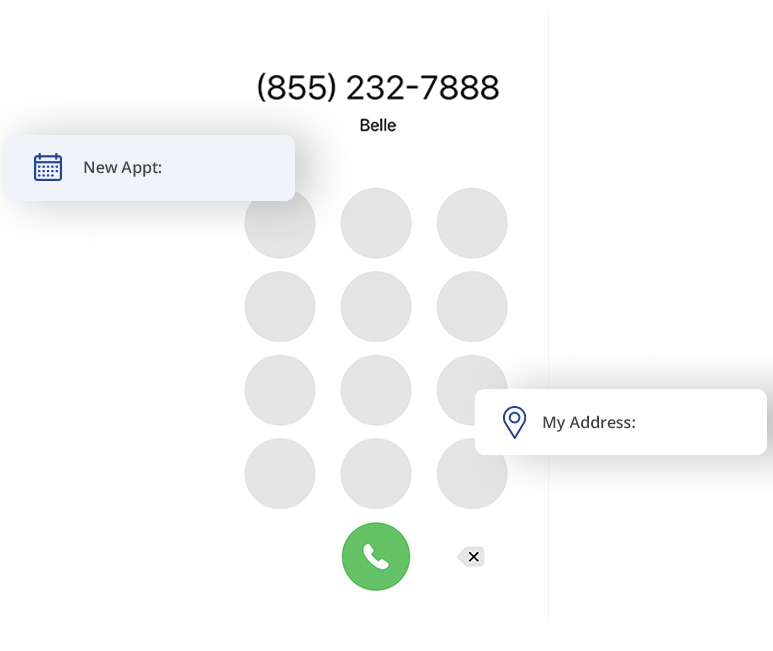 We currently serve Humana PPO members in the Florida counties below and Blue KC members .

Don’t see your area? We’ll let you know when we’re in your neighborhood. 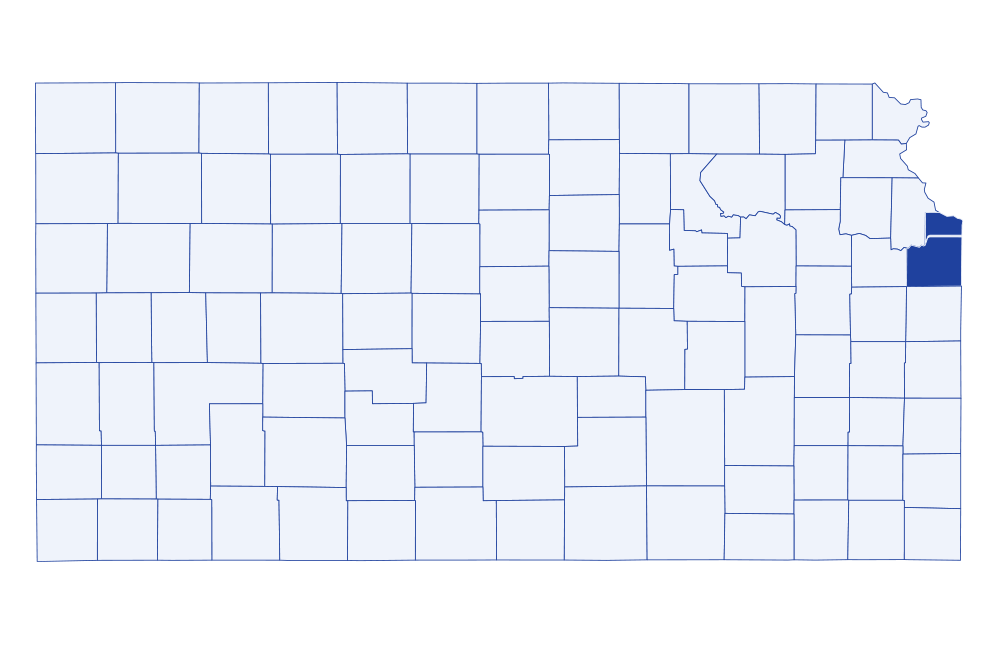 "My Belle appointment is so relaxing. My technician put me at ease right away."

“We’ve got new feet to walk on! Happy feet!”
“I’ll be able to jump six feet high now!”
“She has healing hands! My feet feel so much better!”
“[My Belle Technician] is a very pleasant person to work with...just lovely.”

“You know, you think you feel okay but by the time your tech is done, you really feel top notch.”

“I can’t really bend over and do my nails, and I’m not going to any beauty parlor.” 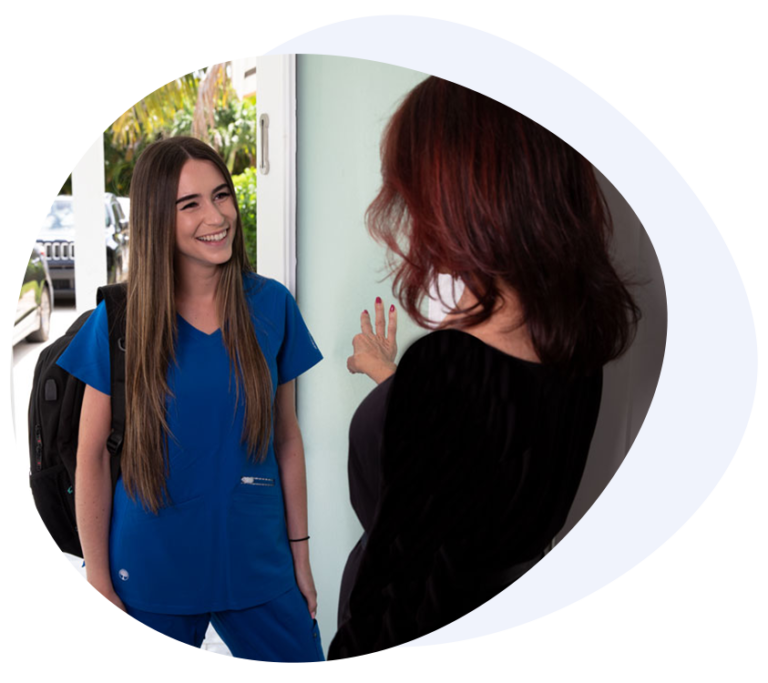 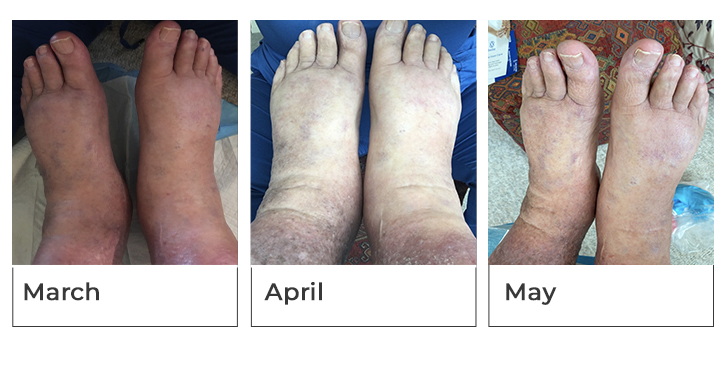 With regular, carefully documented in-home visits, Belle amasses powerful longitudinal data that improves outcomes and catches serious, emerging issues. Here is an example of a member whose feet began deteriorating between visits. By appropriately sharing our records with his PCP, we were able to determine that his medication dosage was causing severe swelling – endangering his mobility and overall health. The ensuing, quick medication adjustment ultimately saved and restored his feet.

Preventive foot care is incredibly important for those with chronic illnesses like diabetes, neuropathy and vascular disease. These conditions drive over a million preventable foot complications each year – a key reason why health plans find it important to provide this service to its members.

However, Belle foot appointments are not only designed to protect mobility, but to bring joy into members’ lives. Their monthly 60-minute appointment is a time when members can sit back, relax and experience a social visit with their Belle Technician, who often becomes a friend.

An 82-year old man who enrolled in the Belle program in December 2019 is a great example of that mission being fulfilled.

Belle’s first appointment with this gentleman was routine and he was happy to have the service: “I need help and my kids are spread across the country… They have their own families and they can’t just drop everything to come here!” His feet were showing signs of stress from his chronic conditions, but no emerging warning signs. However, foot health becomes volatile as we age and Belle’s next appointment a month later demonstrated just that. As the Belle Technician, Noreen, began her assessment (assisted and captured with cloud-based mobile technology), she documented extensive and severe scaling and inflammation on both of his lower legs and feet.

Noreen also noticed that her member seemed considerably disoriented, which was a significant change from her last appointment. As trained, she documented and photographed the condition of the member’s feet as well as his new mental progression. “We think of the members we serve as our own mom or dad. We are always thinking about what we want their health plan or their PCP to know so we can get them the care or resources they need,” says Noreen, Belle Technician.

Armed with longitudinal photos and documentation, Belle’s clinical team was able to seamlessly step in and begin a deeper assessment. They were immediately able to speak with the member’s son. He agreed that his father’s growing confusion was a new development. Admirably, he had attempted to get his father to seek medical attention without success. In fact, their relationship became strained and his father dismissed him as his caretaker and even refused to take his medication.

After understanding the environment and relevant stakeholders, Belle’s clinical team and technician were able to delicately influence a visit to his PCP, who was provided all the necessary documentation. “This case is exactly why I became a social worker,” says Morgan Rook, Belle team member. “We do whatever it takes to care for the whole person and that usually means connecting the community together for a common purpose.”

From there, his PCP and the health plan provider network sprang into action. The member was admitted to the hospital for treatment of severe cellulitis, which was an exacerbation of his peripheral vascular disease. He was also diagnosed with an urinary tract infection. It was discovered that these infections were causing his temporary disorientation. His disorientation, in turn, was causing social isolation, lack of medication adherence and more – all creating endless negative feedback loops on his wellness. Together, his network of providers and health plan case management were able to break this cycle.

As an added challenge, the COVID-19 crisis began just as the member was released from the hospital in March 2020. This was a dangerous situation. Without proper oversight, this member could have easily regressed. However, Belle established continuity of care, connecting this vulnerable member to critical preventive services.

With PPE and enhanced sanitation precautions, Belle continued to make home visits to provide foot health and document his recovery. Belle became the eyes and ears of his care team, communicating whenever there was a change in status. Through the pandemic, the Belle appointment has served as a social oasis when even more seniors are suffering from isolation.

Three months later, this member was feeling much better. “[My feet] are a lot better than they were!” he says. “Send Noreen again. She is very good!” His infections and other issues have improved considerably and Noreen continues to look after his wellbeing. “This serves as a powerful case study on how innovative team-based care, strong member relationships and thoughtful technology worked together to improve outcomes in a difficult environment,” says Rufus Howe RN, Belle’s Chief Product Officer. “As always, we are proud of our partners and our ability to collaborate.”

Belle’s proprietary platform is transparent to health plan partners and tracks everything from physical issues to social determinants. 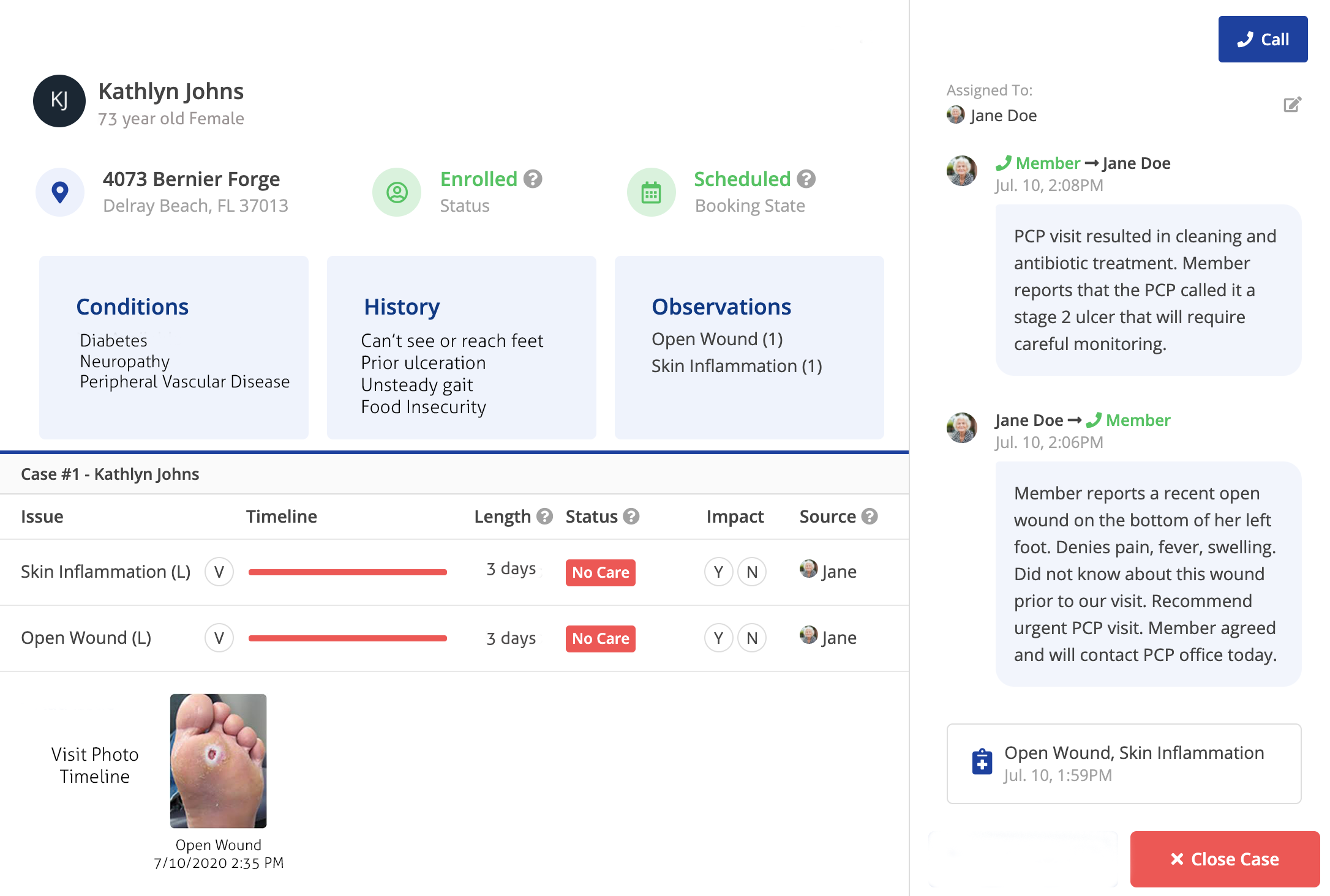 We identify actionable member issues and actively collaborate with health plan case managers to implement a resolution. We also directly connect with and inform other providers as needed. 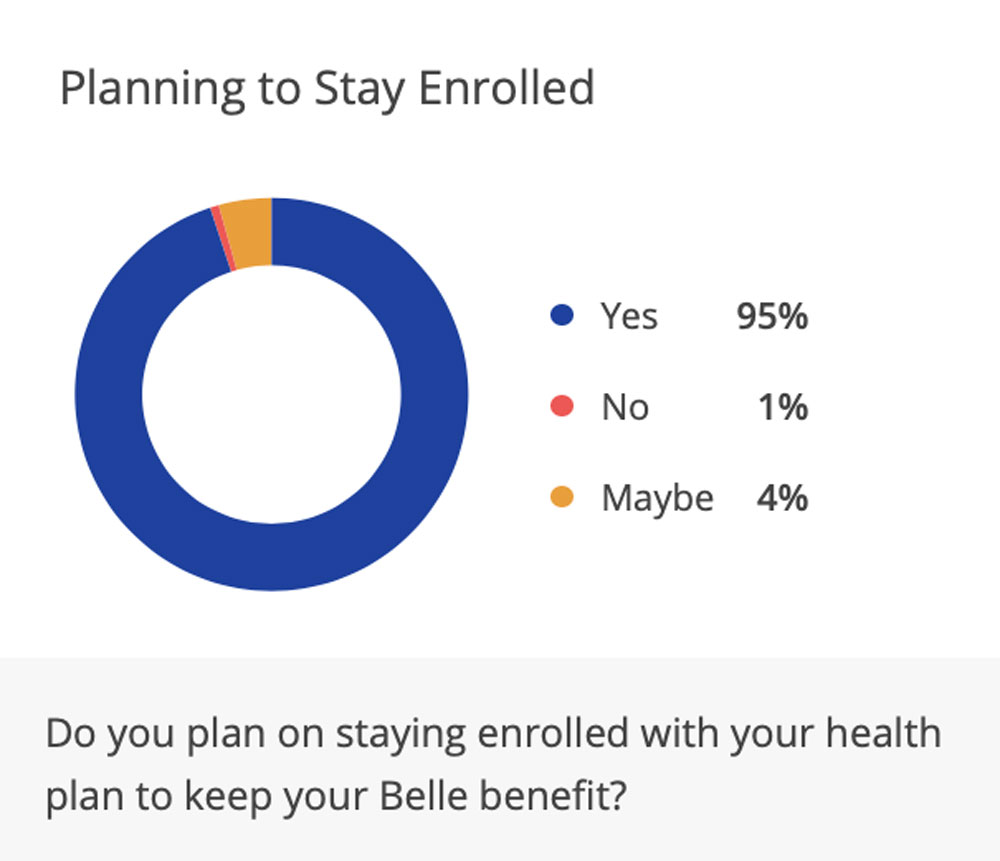 Members not only need, but love their service and their Belle Technician. That is why over 98%+ of our members book a next appointment. Belle loyalty translates into plan loyalty. Belle enrolled members are 40% less likely to leave their health plan. We help our health plan partners better understand member perspectives, satisfaction and retention forecasts.